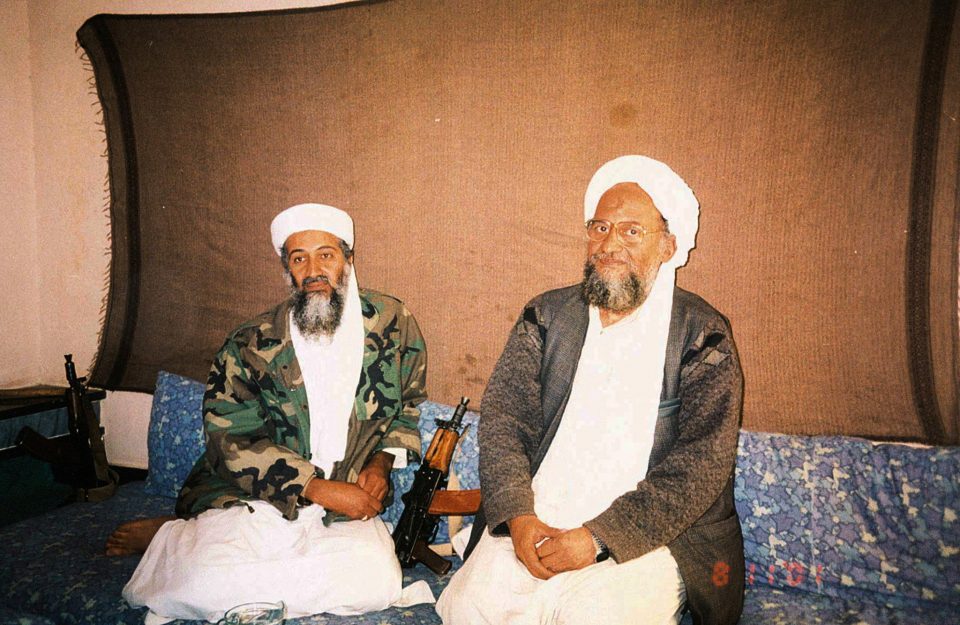 FILE PHOTO: Osama bin Laden sits with his adviser Ayman al-Zawahiri, an Egyptian linked to the al Qaeda network, during an interview with Pakistani journalist Hamid Mir (not pictured) in an image supplied by Dawn newspaper November 10, 2001. Hamid Mir/Editor/Ausaf Newspaper for Daily Dawn/Handout via REUTERS

A U.S. strike this week weekend in Afghanistan killed top leader Ayman al-Zawahri. The drone strike was carried out by the CIA in Kabul on Sunday.

‘Over the weekend, the United States conducted a counterterrorism operation against a significant Al Qaeda target in Afghanistan.

The operation was successful and there were no civilian casualties,’ a senior administration official said.

In a statement, Taliban spokesman Zabihullah Mujahid confirmed that a strike took place and strongly condemned it, calling it a violation of ‘international principles.’

Ayman al-Zawahiri, who was Osama bin Laden’s second-in-command, was on the FBI’s most-wanted terrorist list.

There was a $25 million reward for information leading directly to him. Al-Zawahiri, 71, has been indicted for his alleged role in the August 7, 1998, bombings of the United States Embassies in Dar es Salaam, Tanzania, and Nairobi, Kenya.

Biden planned to speak from the balcony off the White House Blue Room as he remains in isolation in the residence while he continues to test positive for COVID-19.

Speaking on Aug. 31, 2021, after the last U.S. troops left Afghanistan, Biden said the U.S. would not let up on its fight against terrorism in that country or elsewhere.

“We will maintain the fight against terrorism in Afghanistan and other countries,” he said. “We just don’t need to fight a ground war to do it.” Previewing the strike that would occur 11 months later, Biden said at the time, “We have what’s called over-the-horizon capabilities, which means we can strike terrorists and targets without American boots on the ground — or very few, if needed.” You Cant Threaten Me With Coup d’etat’- Ndayishimiye