Launching the East African Crude Oil Pipeline (EACOP) project has been extended to April , the Petroleum Authority of Uganda (PAU) has announced.

The much-awaited event which was initially scheduled for March 22, this year has been moved to April following the death of Tanzanian President, Dr John Magufuli.

In a statement posted on its website, the authority hailed Dr MagufuliÕs astute leadership which set a strong foundation for the EACOP project, with key milestones that included the signing of the Inter-Governmental Agreement (IGA) in 2017, and the initialing of the Tanzania Host Government Agreement (HGA) in 2020. Last October, Tanzania finally sealed the HGA with TOTAL in implementing EACOP, after long protracted negotiations.

The long protracted move in reaching an agreement with the French firm was due unresolved matters pertaining to harmonisation issues between Dar es Salaam and Kampala, two East African countries which are sole beneficiaries of the 1.7tri/- project.

Speaking shortly after signing an agreement with the French multinational integrated oil and Gas Company in October last year, the Attorney General of Tanzania Adelardus Kilangi, who also led the country’s team on the negotiating table said the deal signaled TanzaniaÕs readiness and commitment in welcoming potential investors to the country.

Professor Kilangi insisted that Tanzania had demonstrated its strong will in creating an enabling environment to foreign investors in the country.

This was an open and transparent negotiation which had to take place as the two countries had contrasting policies and laws that governed the gas and oil sector,” explained the AG.

The construction of the East African Crude Oil Pipeline from Uganda to Chongoleani area on Tanzanian seaport in Tanga on the Indian Ocean is expected to generate 496bn/- in revenues and offer 10,000 employment opportunities.

The multi-national plan is led by French petroleum giant in partnership with China CNOOC and struggling British group Tullow Oil, which is seeking to finalise selling its stake in the venture.

Last week, Uganda President Yoweri Museveni revealed that two weeks ago, he had written to the late President Magufuli a letter that would have seen the two Heads of State meet in Entebbe, to seal the oil pipeline deal on March 22nd, a day in which Tanzania held a state funeral for the late leader, who passed on March 17th, this year.

President Museveni gloomily narrated this at a small gathering of Ugandan government leaders in Kampala, as they paid their respects to the late Tanzanian President Dr Magufuli.

“Two weeks ago, I wrote to Magufuli about the oil pipeline. This was because today (March 22nd) was supposed to be the signing day for the tripartite between Uganda, Tanzania, and Total,” said President Museveni.

Little did I know that instead of signing the deal, I will be signing a condolence book following his death, he sadly stated.

The oil pipeline is intended to transport crude oil from Uganda oil fields in Hoima to the Port of Tanga, Tanzania on the shores of the Indian Ocean.

Once completed, the pipeline will be the longest heated crude oil pipeline in the world. The late President Magufuli died of a heart condition at the age of 61 last Wednesday.

The mortal remains of the departed Jemedari were buried in Chato District, Geita Region last Friday.

His sudden demise was received with great sorrow by heads of state, government officials, ambassadors across the world and the people of Tanzania, making the entire nation go to a standstill. 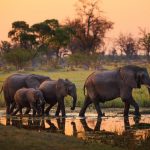 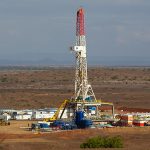