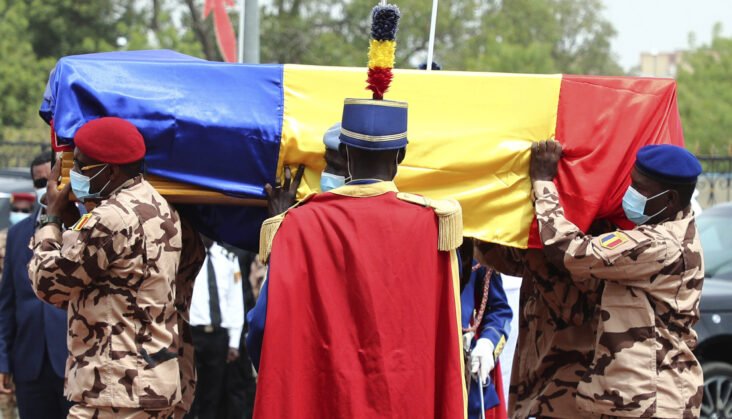 Slain President of Chad has been laid to rest in his hometown Amdjarass.

On Friday, many Chadians dressed mostly in black, symbols of mourning, gathered at state House for the final farewell to Marshal Idriss Déby Itno.

Several heads of state and government but also presidents of major institutions were among the main presenters of condolences. Tribute after tribute, most remember the late Marshal as a daring man of conviction who put the interests of his country first.

On the other hand, Paul Biya and Ali Bongo Ondimba were represented, respectively by their Minister for Defense, Joseph Beti Assomo, and by the Prime Minister, Rose Christiane Ossouka Raponda. The heads of state of the G5 Sahel were already there the day before.

One of his children, Colonel Abdelkerim Idriss Déby Itno, his deputy chief of staff, remembers an extraordinary father, endearing, caring and demanding.

“Chad loses in you a president marked by the spirit of patriotism and the Chadians have lost a father and a brother who loves them whom they love. President Idriss Déby is physically dead but the soldier and Marshal Idriss Déby went away honourably under conditions reserved for great warriors,” he added.

Inconsolable, First Lady Hinda Déby Itno remembers an exemplary husband, a caring father and a wise advisor. “An entire landmark has disappeared leaving us in perdition in a moving desert. Our guide is no longer, but the Shepherd’s Star is shining in the sky to direct us to the right port “, she added.

“Dear Idriss, here we are gathered before your remains after three decades at the head of your country and so many battles fought with bravery. The battles you have fought have always been aimed at the defense of the territorial integrity of the motherland, the preservation of stability and peace, the struggle for freedom, security and justice. You lived as a soldier and you died as a soldier, weapons in hand “, adds Emmanuel Macron, who promises:” France will never let anyone question and will never let anyone threaten stability either today or tomorrow and the integrity of Chad ”.

The French president, held private talks with the son of the deceased, Mahamat Idriss Déby, now chairman of the Military Transitional Committee (CMT) which rules the country. 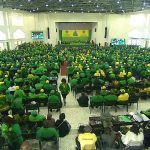 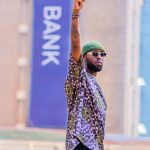