President Vladimir Putin of Russia has hinted on attending the forthcoming G20 summit in Indonesia later this year according to Russia’s ambassador to Indonesia.

Ambassador Lyudmila Vorobieva on Wednesday dismissed suggestions by some G20 members that Russia could be barred from the group.

Russia’s ambassador to Indonesia, which currently holds the rotating G20 chair, said Putin intended to travel to the Indonesian resort island of Bali for the G20 summit in November.

“It will depend on many, many things, including the COVID situation, that is getting better. So far, his intention is … he wants to,” ambassador Lyudmila told a news conference.

Asked about suggestions Russia could be excluded from the G20, she said it was a forum to discuss economic issues and not a crisis like Ukraine.

“Of course, the expulsion of Russia from this kind of forum will not help these economic problems to be resolved. On the contrary, without Russia, it would be difficult to do so.”

The United States and its Western allies are assessing whether Russia should remain within the Group of Twenty major economies following its invasion of Ukraine, sources involved in the discussions told Reuters.

But any bid to exclude Russia would likely be vetoed by others in the group, raising the prospect of some countries instead skipping G20 meetings, the sources said.

On Tuesday, Poland said it had suggested to US commerce officials that it replace Russia within the G20 group and that the suggestion had received a “positive response.”

German Chancellor Olaf Scholz said G20 members would have to decide but the issue was not a priority now.

“When it comes to the question of how to proceed with the WTO and the G20, it is imperative to discuss this question with the countries that are involved and not to decide individually,” Scholz said. 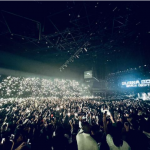 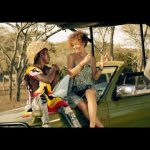 Italian Ambassador To Congo killed in attack on U.N. convoy