Nigerian singer, Ruger has stylishly thrown a heavy shade at his colleagues in the music industry, particularly artistes that released songs this week.

The dancehall maestro apologised to fans for them having to listen to songs released this week, which he described as ‘noise’. Only two set of popular Nigerian artistes released songs within the week, Asake and Tiwa Savage collaborated on ‘Loaded’, while Mavin All Stars released ‘Won Da Mo’.

Meanwhile, since the day ‘Loaded’ dropped on all major platforms, it has dominated conversations, and it generated controversy because fans opined that Asake is not bringing anything news as he sounds the same in all his songs. Following the tweet by Ruger, many are of the opinion that the singer may be referring to Asake and Tiwa’s new collaboration.

Prior to this, the Jonzing Records artiste revealed that he has a new single  and video on the way titled ‘RED FLAG’ for which he recently pushed back the initial release date. In his tweet, he announced the new release date for the upcoming single set to drop on November 15th, and it features Big Brother Naija Season 7 finalist, Bella, as the video vixen. 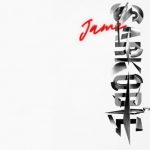 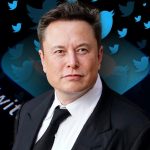