Pope Francis has told a Spanish ‘Mundo Negro’ magazine that in his upcoming trip to Africa, he has decided to suspend his trip to Goma, the capital of North Kivu Province, Democratic Republic of Congo.

“Congo is suffering at this time due to armed conflict, that is why I am not going to Goma, since it is not possible due to the fighting. It’s not that I’m not going because I’m afraid, but with this  (volatile) atmosphere and seeing what is happening…we have to take care of people,” the pontiff said on Friday.

“I have been looking forward to this trip, wishing it to be as soon as possible.”

He added, “in July (the journey) had to be suspended because of my knee problem … In South Sudan I will go together, on the same (official) level, with the Archbishop of Canterbury and the Moderator of the Church of Scotland, and we are working very well together.”

According to the lengthy details of his interview, the Pope said that Africa is unique… (but) there is something we must denounce: there is a collective unconscious idea…that says Africa is to be exploited.

History tells us this, with independence halfway: they give them economic independence from the ground up, but they keep the subsoil to exploit, we see the exploitation of other countries taking their resources.

“We only see material wealth, which is why historically it has only been sought and exploited. Today we see that many world powers are going there for plunder, it is true, and they do not see the intelligence, the greatness, the art of the people.”

The Pope commented on the ongoing Ukraine war, “we now realize that this is a world war because it is right next door … One of the biggest problems is the production of weapons. Someone once told me that if we stopped producing weapons for a year, world hunger would end. An industry that kills.” 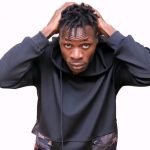