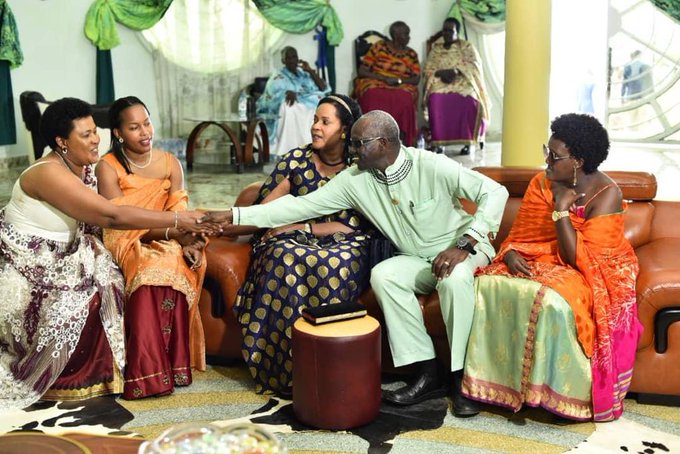 Buy a Plane for Elly Tumwine Widow Jolly to Fly Her from Nakasero to Kazo to Check on Her Cows – Relative Cries to Mourners, Threatens to Buy it Herself –

A relative of former security minister Gen Elly Tumwine has called on mourners to pool together monies to buy a plane for Jolly Tumwine, the widow of the fallen general so that it can serve as a means of transport to fly her from her home in Nakasero, Kampala to Kazo District to check on her cows.

Speaking at the official vigil for the late Gen Tumwine at his home in Nakasero, Kampala, a relative who kept referring to Gen Tumwine called on mourners, including relatives, friends and foster children of the deceased general, to dig deep into their pockets and bring money to buy Jolly a plane

Tumwine;niece; revealed that there was a group of friends and relatives that had planned to buy Gen Tumwine a plane while he lived but he had unfortunately gone to be with the Lord before this plan could be executed. She said they should do for Jolly what they wanted to do for Elly since, in her view, the general widow&heart is as beautiful as she appears.

Shedding tears, expressing how much she loved the general, the relative referred to the money needed to buy the plane as ;nothing.; To show how serious she was with this project, this relative of Tumwine&s revealed that she had even secured a quotation for the plane

She threatened to buy the plane herself if other relatives and friends of Gen Tumwine refuse to come together to pool resources for buying this means of transport for the widow.

Let us buy Aunt Jolly a plane ; just like we wanted to buy it for Uncle Elly to always fly her from Nakasero to Kazo to so she can check on her cows and come back. I beseech all of you [who wanted to buy Gen Tumwine a plane], you know yourselves, you are all rich: you have cars, degrees, wives, and those of you who Uncle Elly paid fees for, let us buy Aunt Jolly a plane,&; said the relative who kept referring to Elly as uncle and to Jolly as aunt.

I beseech you. If you don;t buy the plane, I will buy it myself in God& name. I had even got the quotation: that money needed to buy the plane is peanuts compared to what Uncle Elly did. If you refuse, won& I mobilize children of soldiers he has been helping, they are also many. There are also the artists, including those from Makerere and elsewhere. If these come together cant we buy this plane?

But the family of the late Gen Tumwine has since claimed that the statement made by this relative was not a fundraising call but rather in jest. 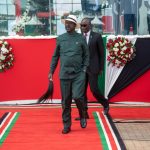