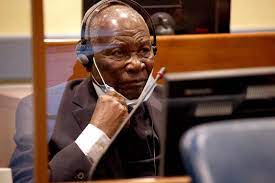 The long-awaited trial of Félicien Kabuga, alleged mastermind of the 1994 Rwandan genocide, is due to start on September 29 in The Hague. However, the accused is appearing with a lawyer he has been rejecting for almost two years. The trial is threatened by the 89-year-old’s frail health and the court seems mired in the same problems as its predecessor, the International Criminal Tribunal for Rwanda, 25 years ago.

On August 26, in a “Second Decision on the Representation of Félicien Kabuga”, Judge Iain Bonomy confirmed Emmanuel Altit as defence counsel for the elderly Rwandan. Kabuga is to be tried before the International Residual Mechanism for Criminal Tribunals (IRMCT), successor to the International Criminal Tribunal for Rwanda (ICTR), the UN court that operated between 1995 and 2015 in Arusha, northern Tanzania.

The former businessman, considered 30 years ago to be the richest man in Rwanda, is accused of genocide and crimes against humanity against the Tutsis of Rwanda in 1994. He was indicted by the ICTR in 1997 but managed to escape its clutches for 23 years before being caught in France in March 2020. His trial is a sort of “reactivation” of the former ICTR, with the IRMCT transformed into a full-time tribunal for this case alone. Expected to start at the end of 2021, the trial is now set for September 29. Among the many uncertainties surrounding the trial is the situation of lawyer Altit.

Kabuga has tried several times to replace this lawyer, without success. In its August 26 decision, “the Trial Chamber considers that the request to change counsel has not demonstrated the existence of exceptional circumstances warranting Mr. Altit’s withdrawal or presented new facts that would warrant reconsideration of the Decision of 1 April 2021”, it said.

In its previous decisions, the judges have consistently found that the breakdown in communication between Kabuga and Altit was the result of a misunderstanding regarding the involvement of Kabuga’s family in the defence strategy, a problem that they said did not justify the removal of the lawyer and his team. In fact, the point of contention is that Kabuga and his family are asking Altit to receive instructions directly from Kabuga’s family and allow them access to the case file, saying that the accused is very ill, confused, and senile and cannot properly conduct his defence. The lawyer argues that only Kabuga should give him instructions, and that sharing information with his family may go against attorney-client privilege and violate judicial confidentiality.

Kabuga had requested that Altit be replaced by Peter Robinson, a lawyer long familiar with Rwandan cases before the ICTR. But the chamber also rejected this request because Robinson, it said, is the subject of a judicial inquiry. Robinson allegedly “filed ex facie fraudulent documents on behalf of certain members of Kabuga’s family in a proceeding before the Mechanism”, the chamber said in its recent decision, adding that “Mr. Robinson and those members of Kabuga’s family are now the subject of an on-going contempt investigation”.

After Robinson’s rejection, Kabuga and his family brought in Philippe Larochelle. The Canadian lawyer, who has also long been familiar with Rwandan cases, submitted an application last July to be appointed lead counsel in the case, accompanied by a mandate signed by Kabuga and attested to by his son. In his application, Larochelle referred to statements of the medical experts in the case, according to which Kabuga does not trust his lawyer. He stated that during a meeting with the accused on July 4, 2022, Kabuga expressed his dissatisfaction with Altit’s lack of efforts to restore trust between them and to discuss the defence objectives.

Larochelle also declared his willingness to take on the case without risking a delay in proceedings. But the judges did not agree, saying that any change in Kabuga’s representation at this stage would likely result in a delay of several months. In their view, [Larochelle’s] “ability to quickly familiarize himself with the case to avoid lengthy delay to the start of trial” cannot be assumed because he “does not have access to the confidential filings in this case, the Prosecution’s disclosure of potential evidence and other relevant material, or the case file maintained by the Defence team”. Therefore, “given Kabuga’s age and fragile health, the time required for Mr. Larochelle to familiarize himself with the case would likely frustrate the fair and expeditious continuation of the case. In sum, the Trial Chamber remains of the view that granting the request to change counsel would have the consequence of causing delay in the proceedings”. The Chamber also said it had no guarantee that Kabuga’s (or his family’s) request would not be followed by a new request to change counsel again.

And so the court has maintained Altit, but the conflict is not settled. “We do not agree with this decision, so we asked the Chamber to suspend proceedings in the case until the Appeals Chamber makes its decision,” Larochelle told Justice Info. The prosecutor opposes this request. “Mr. Larochelle has no standing to support this request because he is not Kabuga’s court-appointed counsel,” the prosecutor said in his response. On September 20, the trial chamber granted the lawyer’s appeal, but denied him a stay of proceedings.

Larochelle said he was surprised by the court’s persistence in denying Kabuga a lawyer of his choice. “We find it very surprising, especially since the main argument seems to be to ensure a fair trial for Kabuga by insisting on the speed of the proceedings, whereas the right to a fair trial does not only provide for being tried as soon as possible (a right that belongs to the accused), but also for being represented by the lawyer of one’s choice,” he argues.

He and the accused’s eldest son, Donatien Kabuga, also say they do not understand why the Mechanism Registry is blocking the Kabuga family’s push to be allowed to  pay for a lawyer and thus leave legal aid, which they say the Chamber is using to impose a defence team. “This depends on the Registry’s investigation to determine Kabuga’s indigent status, which has not yet been completed. I don’t know why this investigation is taking so long, given the importance of access to these funds in relation to Kabuga’s representation,” says Larochelle.

Kabuga’s son goes further. “We are nowhere, since the IRMCT has still not agreed to unfreeze these funds,” he complains. “It should be noted that in the request we made to unfreeze them so that we could help our father have a lawyer of his choice, the prosecutor opposed it. But, more surprisingly, Altit also opposed it, which proves that he is not defending my father’s interests.  Altit shows all the signs of being on the prosecutor’s side.”

When asked about the status of the investigation into the accused’s indigence and the issue of restituting Kabuga’s frozen assets and property, the IRMCT Registry replied that it “cannot comment on an ongoing case”.

This is the context in which the trial is due to start. For anyone who followed the early years of the ICTR, particularly in 1996-1998, the impression of déjà vu is striking. Debates over the accused’s freedom to choose a court-appointed lawyer constantly disrupted the first trials of the UN tribunal, with the same conflicts between the accused, lawyers, judges and the administration. This came at the cost of some embarrassing scenes and multiple delays. As early as June 1997, Judge Yakov Ostrovsky decided to dissent on this issue. “Today, in the countries where legislation is most advanced in this area, that is, the Scandinavian countries, the indigent defendant has the right to choose. And I believe that the international court must be guided by the most advanced practice,” he said.

In the end, it was the Ostrovsky doctrine that largely prevailed to break the deadlock — in those bygone days when a Russian judge helped bring the most liberal law… 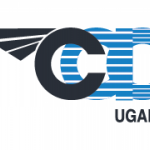 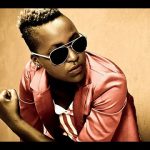