After being deposed from the seat of power in the capital Kinshasa, President Mobutu of former Zaire (now DRC) escaped to Morroco where he died.

Morocco being largely a muslim country, Mobutu was burried at a Christian cemetery of Rabat.

This Saturday, the current First lady of DRC, Denise Nyakeru Tshisekedi was in Rabat where she paid a visit to the former First Lady Bobi Ladawa, widow of the late President Mobutu as part of the Congo au Féminin project.

Nyakeru Tshsiekedi paid tribute to former President Mobutu by laying a wreath on his grave. The First Lady bowed before the tomb of the second president of the DRC.

It was around 3 p.m. (local time) that First Lady Denise Nykaeru Tshisekedi met, for the first time, her predecessor, Bobi Ladawa, widow of former President Mobutu in Rabat.

The former First Lady of Zaire welcomed the wife of President Félix Tshisekedi to her private residence located in the diplomats district of Rabat.

The two first ladies exchanged for more than two hours.

“Very happy to have met mom Bobi LADAWA this Saturday in Rabat, Morocco. She is doing well and I am delighted to learn from her experience and benefit from her valuable advice. Thank you for the welcome Mama Bobi, ”said the wife of President Félix Tshisekedi in a tweet. The meeting takes place within the framework of the “Congo au Féminin” project.

Through the Congo au Féminin project, the First Lady Nyakeru Tshisekedi wanted to take a particular look at the promotion and popularization of women who have missed the last 60 years of their country.

It is also a question of honoring these women who have “impacted the history of the Congo in various fields, of telling their story which can serve as a model for future generations”, explains the office of the First Lady.

Mobutu Sese Seko aged 66, who held an iron grip on Zaire during his more than three decades in power, died less than four months after he was forced into exile.

He had been hospitalised at a military hospital in the Moroccan capital of Rabat.

The cause of death was described as a “long illness.” Mobutu had reportedly been suffering from advanced prostate cancer and had traveled to Europe for medical treatment during the last year of his rule.

Mobutu fled from what was then called Zaire in May after forces led by rebel leader Laurent Kabila marched from strongholds in the eastern part of the central African nation to the outskirts of the capital, Kinshasa — meeting surprisingly little resistance from Mobutu’s collapsing army. 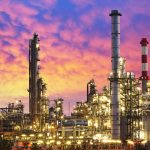 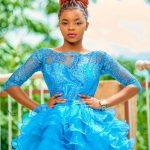 Muhoozi reappointed as SFC Boss,Sabiiti Fired after US threat