Leaders of DR Congo, Rwanda, Uganda and Angola have vowed to “jointly fight” what they call “mafia networks” they accuse of smuggling Congo’s minerals.

In a long-awaited summit postponed twice, and held today via videoconference instead of the preferred face to face meeting in Goma, the reference to so called mafia networks is the first since the conflict in Congo began more than 20years ago.

The idea of the “quadripartite” summit was first hinted at by Congolese officials in mid August. DRC President Felix Tshisekedi was planned to host Rwanda’s Paul Kagame, Uganda’s Yoweri Museveni, Burundi’s Evariste Ndayishimiye and Angola’s João Lourenço, on September 13. That did not happen.

A week before the summit date, Burundi sent a diplomatic note to Congo saying its leader was “very busy”, and that Burundi preferred bilateral meetings to deal with issues of concern to both countries.

Congo postponed it arguing the leaders were preparing for the annual UN General Assembly in mid to late September.

As a new date was being worked out, Rwanda then sent diplomatic note to Kinshasa pointing out that President Kagame wants the summit held via videoconference. The note by Rwanda’s Foreign Affairs Ministry also said Kagame had indicated any physical meeting could only be possible early next year.

Finally, when Congo’s Tshisekedi arrived in Goma on Tuesday to rapturous welcome by thousands lining streets, it was the clearest indication the summit was indeed taking place.

Until today afternoon, there was no indication the summit would take place. It was only after Congo’s Presidency and Rwanda’s Urugwiro Village confirmed on Twitter late afternoon that the summit was on. Burundi was indeed not present in any form.

The communiqué also reads: “….they reaffirmed their willingness to combine their efforts to eradicate the negative forces and armed groups operating in the Great Lakes sub-region;”

For many years, the announcements to “eradicate the negative forces” has appeared on every communiqué after every regional Summit.

In addition to dozens of Congolese rebel groups, there are ateast five groups which are Rwandan fighting to oust the government of President Kagame, including the FDLR whose members took part in the 1994 genocide against the Tutsi in Rwanda. There is also one, the ADF, fighting Uganda government.

In September last year, an idea was fronted by Tshisekedi with the same neighboring countries to launch joint military operations. Despite high-level planning involving intelligence and military chiefs, the plans fell apart.

Burundi, Uganda and the UN peacemaking mission MONUSCO publicly cast doubt on the plans. For example, MONUSCO chief Leila Zerrougui said at the time that the “best way” to handle the rebels in eastern Congo was “not to start a war…[but instead] to identify the root causes and solve them”.

What Zerrougui was essentially telling Congo’s neighbors was: deal with your internal politics and there will be no need for people to start rebel groups.

When the planned joint military offensives failed, Rwanda’s government went it alone. More than 2,900 Rwandans including rebels and their families have surrendered and been repatriated following deadly operations which Congo says it conducted.

President Kagame in April this year dismissed reports that Rwandan troops were the ones conducting the military operations in South and North Kivu. Kagame accused Burundi’s army of having troops in South Kivu.

Kagame said his government was “sharing” intelligence with Congo’s government which was carrying out the operations on its own.

“There’s not a single RDF soldier in that territory. I say it with authority,” said Kagame at a press encounter in late April.

Instead, Kagame added: “Our intelligence connection actually tells us we have forces from Burundi, government forces operating from the region.”

Since then, the top leaders of the FDLR, FLN and P5 Rwandan rebel groups have either been reported as killed or are currently on trial in Rwanda after they were captured in still unclear circumstances. High profile among them is Paul Rusesabagina, the personality behind the Hollywood movie “Hotel Rwanda”. 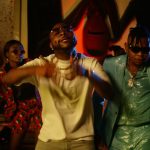 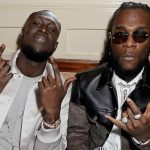