Senior Congolese and Ugandan army officials have conducted an assessment of the joint operations of their armies in the Ituri Province.

According to details,the assessment which concluded over the weekend involved senior officials from two armies, respectively Army General Célestin Mbala Munsense, Chief of General Staff of the FARDC and the Chief of Staff of the Ugandan Army (UPDF), General Wilson Mbasu Mbadi as well as the Commander of the Third Defense Zone, General Philémon Yav and other general and senior officers from two armies.

The FARDC Chief of General Staff, Army General Célestin Mbala Munsense indicated that they are still meeting in Bunia to assess the operations carried out there in accordance with the wishes of their respective Heads of State, Félix Antoine Tshisekedi Tshilombo and Yoweri Kaguta Museveni.

He added that these operations consist of eradicating the ADF/MTM territories and the foreign local armed groups which are rampant in eastern DRC, in particular in provinces of Ituri and North Kivu.

The operation also targeted to secure the rehabilitation works of the Kasindi-Beni-Butembo and Bunagana-Ritshuru-Goma roads, decided the pooling of their forces, said Army General Célestin Mbala Munsense.

The first evaluation took place on January 27, 2022 at Protea Hotel in Kampala, two months after the launch of operations in December 2021, an evaluation which made it possible to identify together the flaws and progress of the first phase of operations, the recommendations of which were improvement in the conduct of operations”, he noted.

The Chief of General Staff of the FARDC, General of the Army Célestin Mbala, specified that the present meeting for the second phase aims to evaluate together the second phase and to draw lessons from it which could make it possible to land in success and recommend ways out that will lead to eradicating all possible flaws.

The Chief of Staff of the Ugandan army, Gen. Wilson Mbasu Mbadi noted; “We are satisfied with operations carried out so far, we congratulate our forces who are committed without hesitation to the total destruction of the ADF and for the M23 we are using all the provisions to put these enemies out of harm’s way so that peace returns, a necessity which implies the pooling of the efforts of countries in the Region, called upon to make this mission their battle horse”, he said. 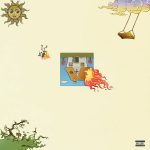 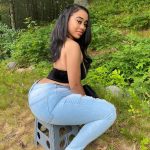