Shakib Cham’s elder sister Shakirah has advised Mimi who claims to be lawfully married to her brother to let him live his life and enjoy his relationship with Zari Hassan in peace.

In December, Shakib Cham’s sister made a public appearance in which she castigated the media and the public for always bringing up the age difference between Zari and her brother.

She mentioned that it shouldn’t bother anyone as long the two people are in love and are both adults. It didn’t take long before another aged woman came out claiming to be lawfully wedded Shakib’s wife.

A lady identified as Mimi Shamirah Nalule Sembatya, a USA-based Ugandan businesswoman – produced a marriage certificate saying that she is still his wife.

She claimed that they officially got married in June 2016 and she even processed him a US visa in May 2017, as her husband. Shakib, however, ditched their marital home due to Zari’s persuasion. 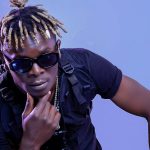 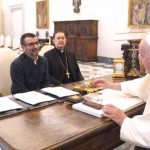